This is Julan Waterfall in Usun Apau National Park. Tallest waterfall in Sarawak. The Usun Apau is one of the great plateaus of Borneo, which, together with the rivers and valleys that cleave the tablelands, form the ancestral home of the Orang Ulu,, such as the Kayan, Kenyah, and Penan. While oral tradition refers to them as veritable gardens of Eden, a few hundred years ago, the inhabitants left their highland homes to descend the river valleys lured by the easier life and the promise of wealth from trade with the people of the coast. Archaeological sites on the plateau have traces of the people who lived there. THE TOUCH OF SARAWAK – THE LOST WORLD OF THE USUN APAU

Imagine a high forested plateau topped with volcanoes, clear running streams, canopied rivers and majestic waterfalls pouring over steep cliffs and falling half a kilometre to the jungle below shrouding the base with perpetual mist. Only in “Lost World” movies? Actually it exists deep in Sarawak near the Indonesian border. The volcanoes are, fortunately, extinct. Eden it may have been but an earlier one from the dawn of humanity not a romantic age. The high waterfalls are not for idyllic swimming as tree trunks wider than a car plummet hundreds of meters to smash against the rocks below. The roaring water strikes with the force of several water cannon carving out steep sided plunge pools which one cannot climb out of even if you could climb down. Aerated water cannot support swimmers who would be whisked away into underground whirlpools.
Like all ancient forests, the Usun Apau has a palpable spiritual power – what Malays would call “keras”. It is a beautiful place and can inspire you while overwhelming all your five senses at once. You see plunging water, green forest, pure blue sky and distant mountains, smell and taste the scents of the forest and water and hear the torrent and feel the tingling of wind and water on your face and skin while feeling vibrantly alive.

Elated and at the edge of the high fall, any visitors should made a solitary thank you to bali penalong, bali hutan and bali sungai, the creator, forest and river gods of the Kenyah, for allowing the visitors to be in this splendid wilderness. Others spoke of powerful feelings as well.

The forest has moods and it is not a place to be lost in because there are only a few ways down from the plateau and none are trails. Unlike ordinary jungle the montane forest is cold and you can easily get hypothermia. The North and East are guarded by tall cliffs. The South has steep ridges and gorges with high grade white water rivers. An eastern route involves long multi-day treks over difficult terrain. Trips to the plateau are not easy and people often get lost.
Geographically, the plateau is the watershed that separates the two great rivers of Sarawak, the Rajang and the Baram. The rivers that run off the plateau feed the Rajang, Baram, Murum and Tinjar catchment areas and run into four of the proposed new Sarawak dams. The plateau contains three extinct volcanoes – Mount Selidang, Kanawang and Batu Mabun. Two outlier volcanoes to the north, Kalulong and Seludong are separated from the plateau by the Paong river valley. It comprises a large part of the catchment area for the water supply for north and central Sarawak and the peat forests on the plateau act as reservoirs that filter and store many months supply of water.

Ecologically, it is a biodiversity hot spot but there have been few studies on the Usun Apau since 1955. It is a National Park but is not open to the public. It should remain that way. There are some places that should always be wild though it is not certain it will remain that way. The area allocated to the NP has been reduced and may be reduced again in future. The Usun Apau is best appreciated from afar when you can see the expanse of the tableland and the entire waterfalls which is impossible if you are on the plateau unless you are prepared to lean out over a waterfall as high as the Eiffel Tower while standing on an overhanging root mat and clutching a branch.

The next most exhilarating way would be from a helicopter or plane so you can fly around the entire plateau and get close to the waterfalls and mountains and get wonderful pictures. Nothing special with Angel Falls (Salto Ángel), Venezuela or Iguazu Falls, Brazil because we got something which is more awesome here in Sarawak!!! Allow Borneo Oracle to welcome everyone to the TOUCH OF SARAWAK – THE LOST WORLD OF THE USUN APAU….. 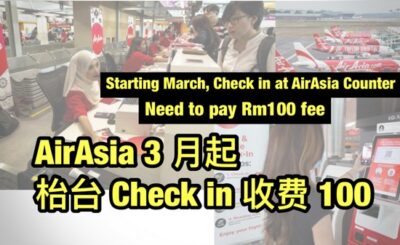 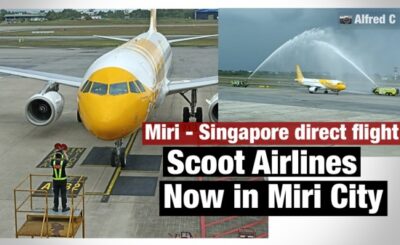