A Roti Canai Stall is now opened in 15 Kopitiam Miri (十五茶室) at Taman Bumiko, serve some of the best roti canai in Miri town, also doesn’t stop the stall from being packed every morning.
You should try their Roti Jantan special. Two eggs are added on top of roti banjir which had been drenched in the special sauce. Roti Canai you must want to try in Miri City!!! 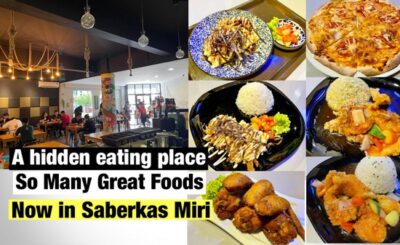